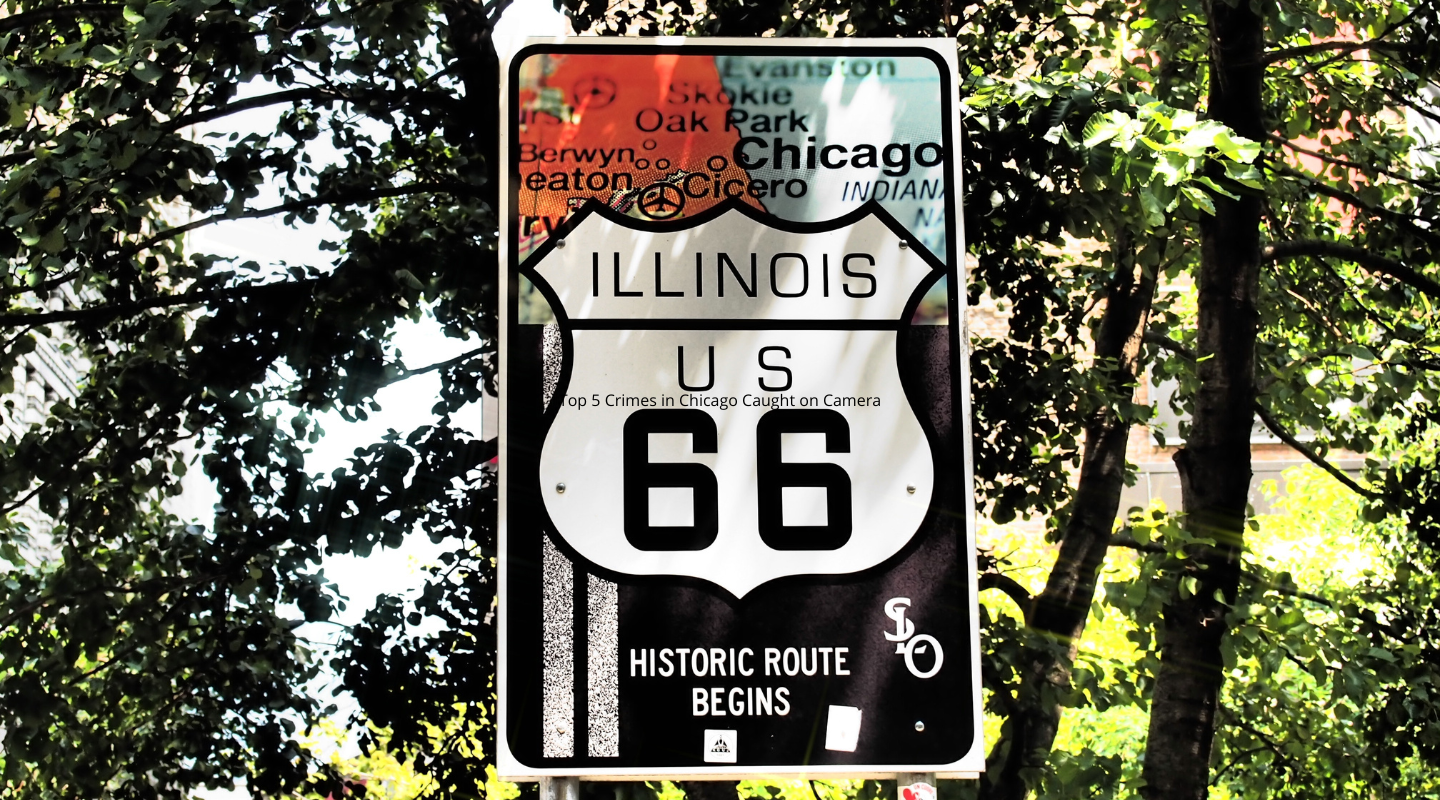 Chicago is popular not because it has the most attractive landmarks or parks around the city but because of its high and rampant crime rate. As a matter of fact, it is considered one of the most dangerous cities in the United States. Yet, do you still consider Chicago safe? No, Chicago is obviously dangerous. Even the safest and most peaceful areas of Chicago are still penetrated by criminal acts than an average city. Sadly, if you think you’re safe around town, think again because violent and property crimes can quickly escalate if you’re situated in the wrong part of the city.

However, the government launched initiatives to track and monitor the safety of the people of Chicago. They established surveillance cameras or CCTV cameras that can observe public and private spaces 24/7. Placing widespread cameras in different locations will significantly improve the surveillance system of crime in Chicago. In this article, we will be talking about the top five crimes that were caught on camera in the City of Chicago.

Chicago’s homicide rate has been increasing for the past 30 years and gun shootings accumulated almost 75% of all homicide cases. In connection with this, the surveillance video from Chicago police was released in connection to the brutal shooting in the Lincoln Square neighborhood. In a broad daylight, 59-year-old Rae Park was seen walking to his minivan from his apartment until an unidentified guy went near his car to do an attempted robbery that ended in a fatal shooting. The suspect was not identified because he quickly escaped the crime scene as soon as he shot Park. This incident was noted as the third shooting crime in the Far North Side area. The suspect was described by the Chicago police as a Black male wearing a black hoodie, dark jeans, and white gym shoes.

Data revealed that Chicago tallies an average of more than 100 hit-and-run accidents each day, and thousands of collisions annually which resulted in injuries and deaths. However, these kinds of crimes are difficult to unveil even with complete evidence brought by camera footage from the Chicago police. Unfortunately, the police department of Chicago only arrested 0.3% of suspects for every 1000 crashes which is equivalent to only 3 arrests. Similarly, in 2021 only 95 arrests were made out of 37,000 hit-and-run cases that occurred in the city. For instance, CCTV footage was secured by the Chicago Police Department regarding the hit-and-run case of Christine Campbell, who was forcefully crushed by a car driven by Marcel Windham, the suspect who left the scene without traces. Yet, through the captured surveillance footage and photos of the cameras, Windham was identified and investigated by police officials.

Some areas in Chicago are considered top spots for car crimes like motor vehicle theft and carjacking incidents. A report from National Insurance Crime Bureau ranked Chicago as the top three cities in theft incidents. Particularly in Illinois, 28,000 cars were counted as casualties of car theft and that increased the cases of motor vehicle theft by 13% in the city. These incidents are not just a concern for car owners but also to the citizens of the city because their safety is at risk. Surveillance camera footage has covered multiple incidents of car theft whether it be on school, gas stations, sidewalks, parking lots, and even in public areas where most people are at. Lately, a surveillance video from Weiner circle recorded a car owned by Odonis Williams parked along the street stealthy stolen by an unidentified individual right after he went from a 7/11 store. Even though people are around the area and news reporters are on set reporting another incident still they were left shocked by the car theft situation, and this adds up to the 120,075 vehicle theft cases for the year 2022 in Chicago.

Chicago’s top property crimes are burglary and looting. These incidents are classified as unlawful entry to a building or area to commit theft or felony. In fact, numerous looting activities were made at different stores in Chicago where unknown individuals start to invade other people’s property, breaking windows, stealing items, and creating nuisance regardless of who might see them. Moreover, surveillance cameras have caught several looting and burglary incident around Chicago and one of the most recent looting activities was in a Burberry boutique on the Magnificent Mile where burglars stole many high-end clothes and things inside the store but the management was not able to release the total cost of the damages caused by looting. On the other hand, several top-tier stores were also looted by unidentified individuals on Michigan Avenue which resulted in a combined damage cost of $43,000 and injured some individuals who belonged to the scene.

Aggravated battery is a serious issue not just with civilians but with police officers. This type of incident involves bodily harm, injury, or death. It includes aggravated assault and attempted murder. The Police Department of Chicago has alarming rates of police misconduct and battery among their police officers abusing their power. Innocent people or crime suspects are the usual targets of these brutal incidents. Police officers were caught on camera beating two teenagers after a car accident happened. The teens were allegedly abused by the police officers but the court was also able to dismiss the case eventually.

Now, can 30,000 cameras help Chicago reduce the number of their crime rate? Well, the answer still depends on the immediate action of authorities. It is their responsibility to take charge and govern their people.  No place is really safe if violent and bad people exist.