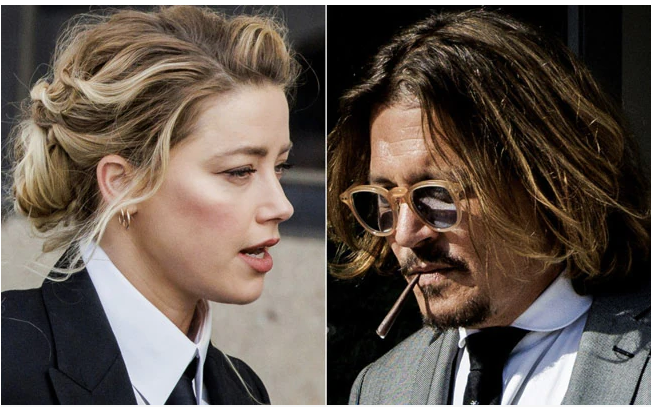 The footage of surveillance cameras had helped a lot of individuals on the brink of seeking justice against their perpetrators. Many of which exposed how these victims were maltreated, abused, assaulted, and others. Proper justice will also be given to the right person because camera footage won’t lie. Thanks to the inventor of surveillance cameras, you helped millions of people around this world – most of which were composed of the victims of domestic abuse.

As you noticed in the past few days, there’s a piece of very intriguing news circulating around the world – which is still burning hot nowadays. Every time you scroll on the feed of your favorite social media apps, the news is always there, and it kind of annoys you right?

It is all about the issue between Johnny Depp and Amber Heard which circulates on Johnny being victimized by domestic violence. The all-famous trial, which happened in Virginia, caught the attention of masses of people all around the world. Aside from those two, Johnny’s lawyer Camille Vasquez also became the highlight of this issue for intensely scrutinizing all flaws of Amber Heard during the trial. One of the finest shreds of evidence she presented are the video receipts, showing the lapses of Heard’s argument – thereby strengthening her claims against her.

It was shown how powerful this video footage is as it has the ability to change the course of life of a certain person. In fact, Johnny Depp submitted 87 surveillance footage as a sort of evidence. Generally, if you’re curious how this powerful footage helped Johnny Depp with his case. Just continue reading below. We’ve got a lot to present to you.

Video footages, especially when recorded at home, are indeed a piece of great evidence to present when it comes to domestic-related cases. Because of these recordings, Amber Heard was exposed as being an abuser. She continually abused Johnny Depp physically before.

Previously, it was Heard who twisted the story, telling the public that Johnny Depp abused her in all aspects. It was then proven in the recordings that Heard’s accusations or allegations are entirely false. Her hoax was debunked and made celebrities like Perez Hiltion issue an apology to Depp for believing those tainted accusations against him.

Truth be told, CCTV footage won’t lie. These gadgets will just remit what they saw on their lenses, there is no bias when looking at its unprocessed form. Because of this fact, Johnny Depp advances himself in the said issue and his defamed identity or reputation worldwide was renewed.

This will only apply if the footage were extracted directly from its internal database – which proves that the footages are entirely free from falsification or alteration. Processed videos are suspicious; hence, it was not verified to use as evidence during trials.

Surveillance Recordings Proves That Domestic Abuse Is Possible for Men

Generally, the common cases of domestic abuse usually circulate among women and children. No wonder laws about child and women’s protection are stronger than those for men. Before the footage was discovered, Heard kept saying that Depp is the one who’s more likely to commit domestic abuse because he is stronger than her. Well, the male domination thinking ended when the video and audio recordings were presented.

It was Heard who abused Depp all the time and even cut his finger – which shows how brutal she was. Also, Johnny said that he would never, ever dare to hurt a woman. Right from the start, he never attempted to hurt Heard. Such a very sincere sentiment. All thanks to surveillance footage.

The all-famous Camile Vasquez, which is known for her bravery and cunningness, uses surveillance recordings and other video recordings to support her rebuts; therefore, strengthening it and making it more factual.

During the court hearings, Heard keeps on twisting the story with her mouthful of lies. However, Vasquez did not even clinch and confidently questioned Heard all throughout. If you observed thoroughly, it was actually Vasquez who dominated the field because she’s confident in what she says. Every word she uttered is evidence-based; hence, the reason for her popularity on social media right now.

The case of Johnny Depp and Amber Heard is only one of the million examples in the world which became triumphant because of surveillance footage. Crimes are inevitable and unpredictable. Even your closest friend or a family member has the possibility to commit crimes. Hence, as prevention, save your spare money and start to invest in a surveillance camera system. You will definitely not regret doing it.